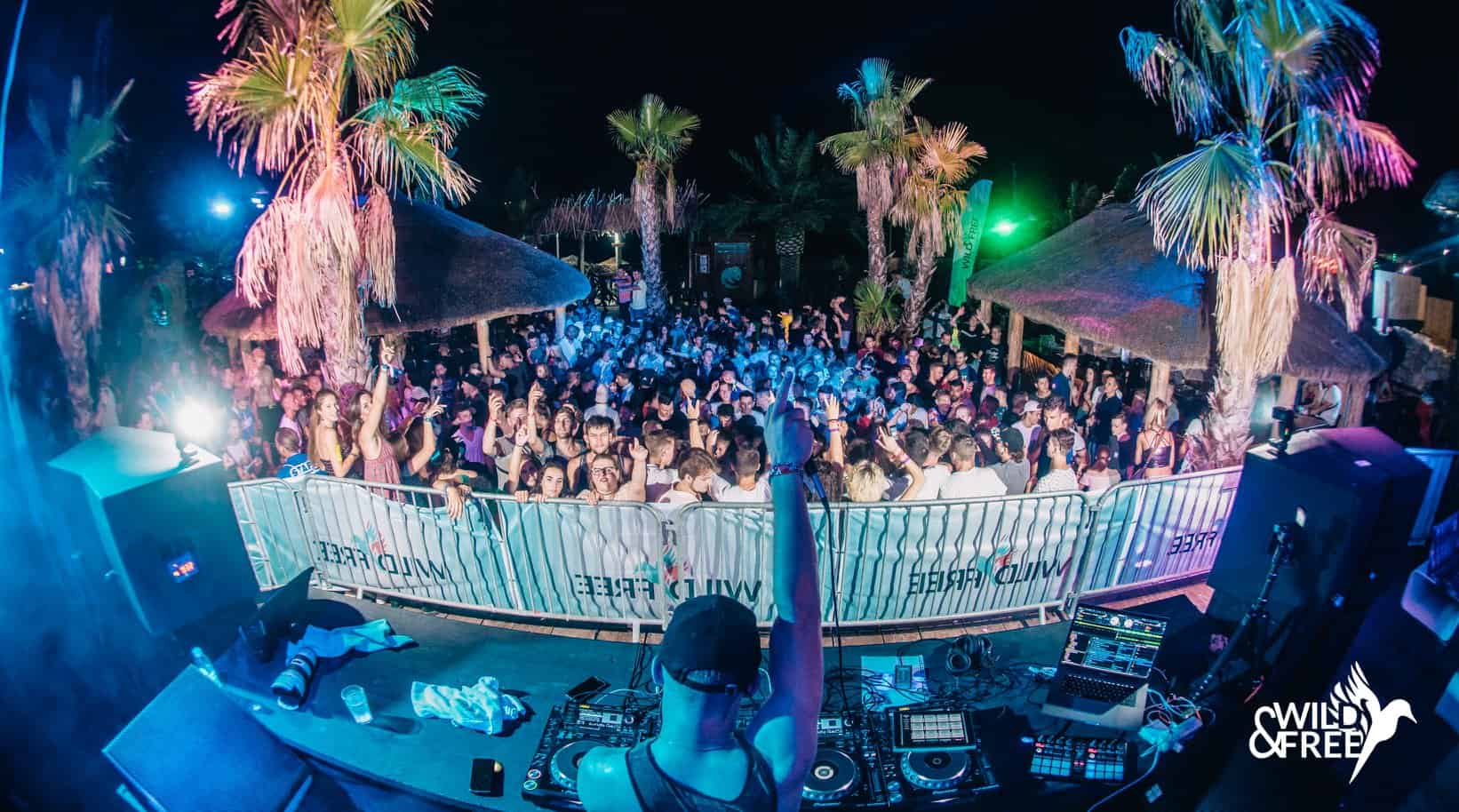 The Wild & Free Festival took place for the first time in 2018 and had international acts like Kungs, Tony Junior, Mashup Germany, Plastik Funk, Fabian Farell and many other acts for a successful first time. This year two week festival will be held from 06th July – 20th July 2019 in the top 4 open air clubs – Papaya, Noa, Aquarius, Kalypso – and Cocomo.

For the complete event list, lineup, tickets and other information visit the official website of the Wild and Free Festival.

Special 3 day event, from 8th to 10th July, will be held  at the Zrce’s most popular club Papaya.

Mike Williams, is a Dutch DJ, record producer, musician and remixer. He is best known for working with Tiësto and as an artist of Spinnin’ Records, who recognised him as an “artist of the future”. He is regarded as one of the pioneers of the future bounce genre, an emerging subgenre of future house, alongside Dutch DJs Justin Mylo, Brooks and Mesto

Papay club will host some of the most talented yound DJs such as Mike Williams & Brooks and Resident DJ.

Pioneering his own blend of electronic dance music over the past two years, Dutch producer Brooks has carved a solid name for himself with a selection of outstanding originals and remixes which have caught the world’s attention. Brooks has managed to stand out from the masses and gain increasing recognition with his innovative style of rhythmic electro house and melodic future house. For his contribution to the scene so far in 2018, Brooks has just picked up the SLAM! Award for Best Talent and he’s not stopping there.

Getting to Wild and Free festival

Wild and Free Festival is taking place in Novalja, on Pag Island, on a beautiful Zrće Beach. Zrće Beach has become one of the most recognizable party beaches in Europe in the last decade thanks to its sunny weather, beautiful sea, music festivals and 24/7 summer beach parties.

The closest airport to Novalja and Zrce Beach is Zadar Airport (Zemunik Airport), which is located 85 km to the south from Novalja. From Zadar Airport you can get to Novalja by car, taxi or transfer service, or by taking a bus.

The closest airport to Zrce is Zadar Airport (85 km away) from there you can get to Novalja with a bus, car, taxi or with a private transfer service.

There are no direct bus lines between Zadar Airport and Novalja (line goes via Zadar), rent-a-car is expensive and local taxi services ca try to rip you off (try to agree on price in advance). Having all that in mind, the best way to get to Novalja and Zrce Beach from Zadar Airport is with a private transfer service. Most of the route is the country road and the travel time is approx 1 hour and 30 minutes.

Here are the distances between biggest Airports in Croatia and Novalja:

If you want to travel directly to Novalja from above mentioned airports, you can do it by taxi or with a pre-booked transfer service.

You can book a trained, English-speaking, professional driver to take you to Novalja Music festivals at best price available with Let’s Go Transfer service.

We offer door to door transfers between major Airports and all major cities and tourist attractions in Croatia.  We operate a modern fleet of vehicles with free Wi-Fi and professional, English-speaking drivers. You can book your transfer to Zrce Beach (Novalja) through our online booking form, or via Whatsapp, Viber or Email.

The best way to get to Novalja and Zrce Beach from Zadar Airport is with a private transfer service – driver will wait for you at your arrival point, there are no hidden costs and you pay less than for local taxi service.

← Prev: Šibenik's St. Nicholas fortress finally opened to the public Next: Dubrovnik - jewel of the Mediterranean →

2022 is off to a good start! We're happy to announce a number of music festivals that will be held all over Croatia...

Seasplash Festival is coming back in 2020! It's one of the most long-lasting Croatian festivals and it offers four...

The award-nominated Hideout Festival has proven to be an unrivaled festival-favorite among twenty-somethings. Hideout...